As I write this I am thinking of Brent Calderwood — tonight is his big night. Brent’s poem, “The Golden Hour,” has been selected by judge Mark Doty as winner of the Atlanta Queer Lit Broadside Contest. Brent will be accepting his award and reading his poem at annual festival’s opening ceremony in Atlanta tonight (Friday, June 25) A broadside of the poem will be published by the festival and made available for sale.   Here is what Mark Doty had to say: “This beautiful poem evokes a city landscape lit up with the possibility of new love. But it’s also tense with the speaker’s awareness that this hope may never be realized. In this way ‘The Golden Hour’ captures how love and desire lead us forward, but can also hold us hostage.”

Brent also recently received a scholarship to attend the Squaw Valley Community of Writers in July, where he will study with a faculty that includes Robert Hass, Galway Kinnell, and Sharon Olds.  And he has been working on a new web site.  Check it out.  I was blown away by the poem “Elegy.”

If you read E. Michael Desilets’ poems (“Archangel Bautista” and “Faithful Departed”) in Solace in So Many Words and would like to read more of his work, you can find “The Last Set of the Night” on the Curbside Splendor site.

Kathleen Kirk sent me Adanna, a Journal for Women, about Women, and it has just occurred to me I never thanked her for it – thank you Kathleen.  The journal has poetry, short stories and creative nonfiction.  In it is Kathleen’s poem “The Letter V” which has this breath-taking line that the letter V is: “pronounced by the tail of the hummingbird.”   In the small world department, Erika Dreifus who won our book giveaway also has a poem in Adanna, a stunner called “Umbilicus.”

Contributor Michael Constantine McConnell is counting down to July 2 because that is when the new CD by The Jakeys comes out. Michael is a writing teacher by day and musician and singer in this raucous Scotch-Irish band by night. Born and raised in Detroit, he currently lives, loves, and plays in the awesome city of Denton, Texas.

Patty Somlo’s short story, “For the Last Time,” is in the Summer Solstice issue of Cirque Journal. The issue also includes pages of gorgeous photography from the Northwest and Alaska. 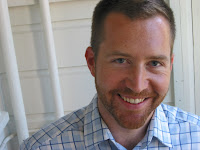