I’m glad never to be caught up to date on reporting the news from Solace in So Many Words contributors because that means they are getting new publications every day.  But it also could mean I haven’t paid attention to all my emails and news. So last week when I said I gave you the latest, well, I missed a few things.  At the reading at Woman Made Gallery I spoke with a woman in the audience and she said “March Wind” by Wally Swist was her favorite poem, and I could see why. Even though the poem is about a gust that blows everything clean, there is much that is ordered, precise and gentile about the work.  The poem is just so.  I think I already mentioned, but it bears repeating, that Wally’s book  Huang Po and the Dimensions of Love, was chosen by Yusef Komunyakaa as a co-winner in the Crab Orchard Series Open Poetry Competition, and will be published by Southern Illinois University Press in the spring of 2012. However, I don’t think I told you that two of Wally’s poems (“Cinnamon Honey” and “Nymphs and Satyr”)  have been published in the November issue of the online journal called Connotation Press: An Online Artifact. The poems are from a new manuscript called A Field of Sunflowers.  Wally also mentioned to me in an email that he is working on an audio book so I will let you know about that.

Over the holidays, Pamela Malone (“Sometimes”) sent a card and enclosed a poem called “A Walk in the Woods” illustrated with a photo of sun streaming down through leafy treetops. When I asked about it in an email, Pamela said she already posted it on her blog on Open Salon. Pamela posts photographs and poetry on her blog, and also writes about the real housewives, republicans and reality shows–check it out.

In his blog, T. C. Boyle reports that When the Killing’s Done will be out in paperback this spring and a new novel, San Miguel, will be out in fall of 2012.  Joe Meno will also have a new novel this year, Office Girl, which is due out in July.

Patty Somlo (“Starting to Breathe”) has a short story  (“Standing Guard”) in the winter solstice issue of Cirque, Literary Journal for the North Pacific Rim.  The story is about a soldier returning from Iraq. Cirque was founded in 2009 by Mike Burwell and is published out of Anchorage, AK. 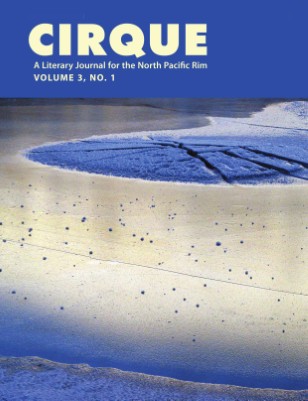