Printers Row Lit Fest was hot and fun. Weighed Words had record sales for a bookfair, and we got to talk with lots of cool people.

Stopping by on Saturday was Chicago writer Sharon Solwitz. She’s the author of Blood Mary and Blood and Milk (Sarabande) and teaches at Purdue Univeristy and was on hand for the “Neither Fish nor Fowl” reading put on by Northwestern MA/MFA faculty.

Sharon Fiffer (friend to Solace in So Many Words) stopped by after her panel on the cozy mystery. There’s lots of news from Sharon, such as that her next book Lucky Stuff is on its way (this September), and that her cool website has been re-designed and is even cooler.

Contributors Pamela Miller and Carol Kanter also stopped by to say howdy. BTW, I happen to know that Carol and her husband Arnie Kanter are coming out with a second book, Where the Sacred Dwells, Namaste. It’s photographs and poems from their trips to India, Nepal, and Bhutan. I can’t wait to get all the details. If you want to know why I am so excited, check out the DualArts Press site.

I walked around to say hello to the folks at Curbside Splendor; Victor David Giron (author of Sophomore Philosophy) started Curbside; on Saturday two of his authors were there, Michael Czyzniejewski read and signed copies of Chicago Stories, 40 Dramatic Situations. In the afternoon, poet Franki Elliot (Piano Rats) was on hand with her typewriter and wrote poems for visitors. I follow Franki on Twitter and I’m charmed by the typewriter poems she tweets so I look forward to reading Piano Rats. Both Piano Rats and Chicago Stories have gotten great reviews and garnered lots of coverage (Michael was on Chicago Tonight with Phil Ponce in May). It’s great to see a Chicago press making such a splash.

Also, I can’t forget to mention that on Sunday at The Small Press Tent,  I got to meet another Facebook friend, Lauryn Allison Lewis, whose novella Solo Down is available from the Chicago Center for Literature and Photography. 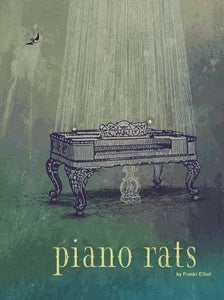 I’ve been in email contact with  Dave Gecic of Puddinhead Press so it was great to meet him in person and shake his hand. Puddinhead’s latest book is The Allelulia Tree by Christine Swanberg. Check out the site because Puddinhead has brought out a lot of great titles.  Dave had a spot not far from Sandmeyer’s Books. This is a terrific bookstore, and one that I am going to be certain to shop at in the future.

Also said hello to Albert DeGenova and Pat Hertel who put out After Hours, the handsome Chicago literary magazine that has published tons of local authors and photographers.

On Sunday contributor Joan Corwin came to spot me at the table. Contributor Kathleen Kirk also stopped by. Poet Michelle Brinckerhoff said hello as did poets Tom Roby (Shape Shifter from Puddinhead) and Jenene Ravesloot (Loot: Stolen Memories and Tales Out of School). I recently met them at the Highland Park Poetry event and it was nice to reconnect.

Weighed Words’ table was in the Chicago Publishes tent facing the sidewalk in front of Grace Place Episocpal Church. A prime location. The Chicago Publishes staff (Jessica Mitton, Claire Glass and Sondra Morin) were wonderful hosts.  I’d be remiss not to mention my immediate neighbors. Sharing our table Chicago Academy Press, a small press with an impressive catalog of books with wonderful covers.  I enjoyed working alongside Mary Egan, Zhanna Vaynberg and Rebecca Baumann. Academy Jordan Miller was also there Saturday afternoon. He co-founded the press with his wife Anita Miller in 1975. Also on hand was his son, Eric Miller, of Wicker Park Press, selling the latest title, Poe’s Lighthouse.

My neighbors to the north were Contratiempo. How great to meet Moira Pujols, executive director of Contratiempo, a writing center and local publisher. Contratiempo’s publications are printed exclusively in Spanish. On hand Sunday was Gerardo Cardenas; he is editorial director for Contratiempo and also wrote A Veces Llovia en Chicago, which was published by Libros Magenta. Also sharing that table was Kolin Jordan of SieteVientos. It was from  Kolin I scored one of my favorite books of the fest. It is called Llegaron los hippies /And the hippies came. Written by Manuel Abreu Adorno and originally published in 1978, Llegaron los hippies / And the Hippies Came is now released as a “flip” book in Spanish and English. I got a copy for my son and he was eager to start in on it, hoping to work up his comprehension of reading in Spanish so he can then tackle Gerardo’s book, which I was also grateful to get.

But those weren’t the only books that caught my attention. Late on Sunday afternoon June Skinner Sawyers stopped by my table, and I asked about her book.  It’s called Chicago Portraits, and has a foreword by Rick Kogan. She mentioned I could buy it at Sandmeyers, and during the course of writing this blog, I’ve convinced myself I’ll buy it for my birthday.

I must thank Mary Lou Wade who helped me at the table over the weekend.  A big booster of Solace in So Many Words, she is as effective as any social media.  I lost count of the number of people she referred  from Grace Episcopal Church, including Father Ted Curtis. I am not a big church person but I continue to be impressed by Grace and all that it is doing.  Also big thanks to Hackney’s and manager Caitlin Murray; I was able to grab lunch there on Saturday with some of my favorite people.

Solace in So Many Words has let me re-connect with many people. I knew the bookfair would go great when my first customer on Saturday was one of my very first friends from childhood. It was also great to see my bowling partners, Peg and Pat,  who stopped by after visiting Blues Fest.  Thanks also to Terry Marino, my ride home on Sunday, as we were able to continue the fun with dinner out and a sundae to boot.

One more thing, I was interviewed by Authors Showcase on Cable Channel 25 so we’ll see whether it airs. 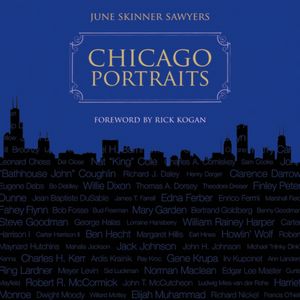